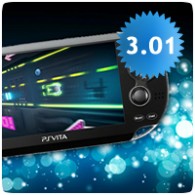 Sony has released a minor update for the PS Vita, updating the console’s system software to version 3.01. The update doesn’t add much, apart from improving the stability of the console, but it’s mandatory for all gamers wanting to access the PlayStation Network. It appears that the patch fixes some game exploits too.

Guerrilla Cambridge, developer of Killzone Mercenary, has just released information about the updates the PS Vita game will receive over the next few months, including patches and multiplayer maps. Four updates have been planned so far, and it’s good to know that the first new update will reduce the size of the previous two patches by 800 MB – both patches were very large to begin with.

The PS Vita version of Rayman Legends is finally getting the missing Invasion levels that should have been part of the game with it launched. Ubisoft has confirmed that the patch will be available to download on November 26th 2013, and will also include leaderboard functionality.

You’ll need to clear another gigabyte of memory on your PS Vita to install the latest Killzone: Mercenary patch, which updates the game to version v1.02. The patch requires a massive 1190MB of free space to download and install, taking up more precious space on your memory card.

A free update for Soul Sacrifice will be available to download on the PS Vita later today, updating the game to version v1.30. The patch adds 16 challenging new quests to the game at difficulty level 10, but will also be the last patch for the game.

The PS Vita version of Rayman Legends is missing content compared to the Wii U version, but luckily the Vita version will be patched to bring it on par with the console versions. The game suffered a two weeks delay on the PS Vita and the Invasion levels are missing from the game, but Ubisoft have confirmed that these will be available “at a later date”.

Killzone: Mercenary has received a massive day one patch, updating the game to version v1.01, but only mentioning “stability fixes and performance optimisations”. The patch is 1190 MB in size, increasing the game’s size on the memory card from 3.3 GB to over 4.5 GB, and taking up valuable space. 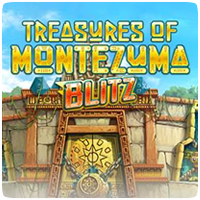 Free-to-play title Treasures of Montezuma Blitz is getting a bug patch next week in North America and Europe next week, updating the game to version v1.80. Changes include bug fixes, new features and improvements to the game. You can find a full changelog of the changes below. 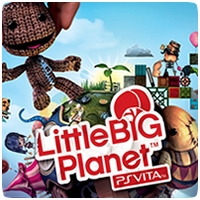 Tarsier Studios have released a new patch for LittleBigPlanet PS Vita, updating the game to version v1.07. The patch is a big 140 MB in size and adds support for new DLC costumes and stickets, and also patches the audio-skipping bug when downloading levels.