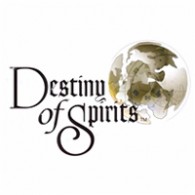 Sony has announced that a beta trial for Destiny of Spirits will be available later this month, exclusive to PlayStation Plus subscribers. The beta will last for 7 days, between October 24th and October 31st, with a focus on getting feedback on the overall game experience.

Beta footage of upcoming FPS title Killzone: Mercenary has leaked out, recorded directly from the PS Vita in nice 720p HD quality. The closed beta started earlier in August, but a public beta is expected to start in late August. The 22-minute long video shows just how impressive the game look.

If you signed up for the closed beta for Killzone: Mercenary, check your inboxes as invite codes are being sent out with instructions on how to get access. If you weren’t one of the lucky ones to get an invite, don’t worry. Guerrilla Games has confirmed that a Open public beta will start in late August, giving everyone a chance to play the multiplayer component of the game.

Sony has opened up registration for the closed multiplayer beta for Killzone: Mercenary on the PS Vita. Candidates have until 10:00pm BST on 17th July to sign up for gamers’ first look at Mercenary’s impressive multiplayer package, and can do so here. If you are selected for the beta, you’ll get an email giving you further instructions on how to access the game. 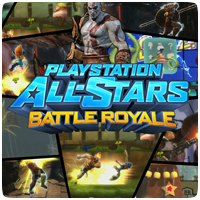 Sony is starting to send out beta codes for the PlayStation All-Stars Battle Royal public beta in Europe. We’ve just received out code to download the beta client, which is cross-play compatible, allowing lucky participants to try out the game on both the PS Vita and PS3.

The LittleBigPlanet Beta on the PS Vita has come to an end. Booting up the game now returns an error indicating that the beta is over, and prevents you from accessing any of the menu options. If you didn’t get a chance to enter the beta, you’ll have to wait until September 21st to get your hands on the full game. 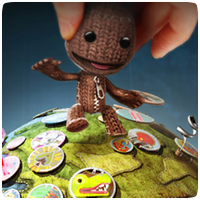 Want to get into the PlayStation Vita beta for LittleBigPlanet? Simply tell us what kind of level you would build in the beta in the comment section below. We will then post the PSN Voucher Code to download the beta right here and the first person to grab it will get into the beta. 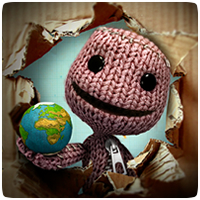 If you got into the LittleBigPlanet Vita Beta yesterday using this method then you’re not the only ones. Yesterday, Sony started sending out more beta emails to lucky PS Vita owners.  Those users who accessed the beta site should have also received official beta invitation emails from SCEE too.

If you didn’t get into the LittleBigPlanet beta the first or second time around, you still have another change. Go here and login with your PSN details. If you click on the ‘Vouchers’ menu, you might get a instant voucher code if you are lucky. We tried it and were presented with a instant code to download the beta.