Sony has announced that the native PlayStation Store, available on the PSP, will be closing at the end of this month. However, owners of Sony’s first portable console will still be able to purchase games and access their library from the web-based PlayStation Store. Users will also still have the ability to make in-game purchases from their PSP system.

Specifically, Sony tweeted that the PlayStation Store will close for the PSP on March 31st 2016 for SCEA region: 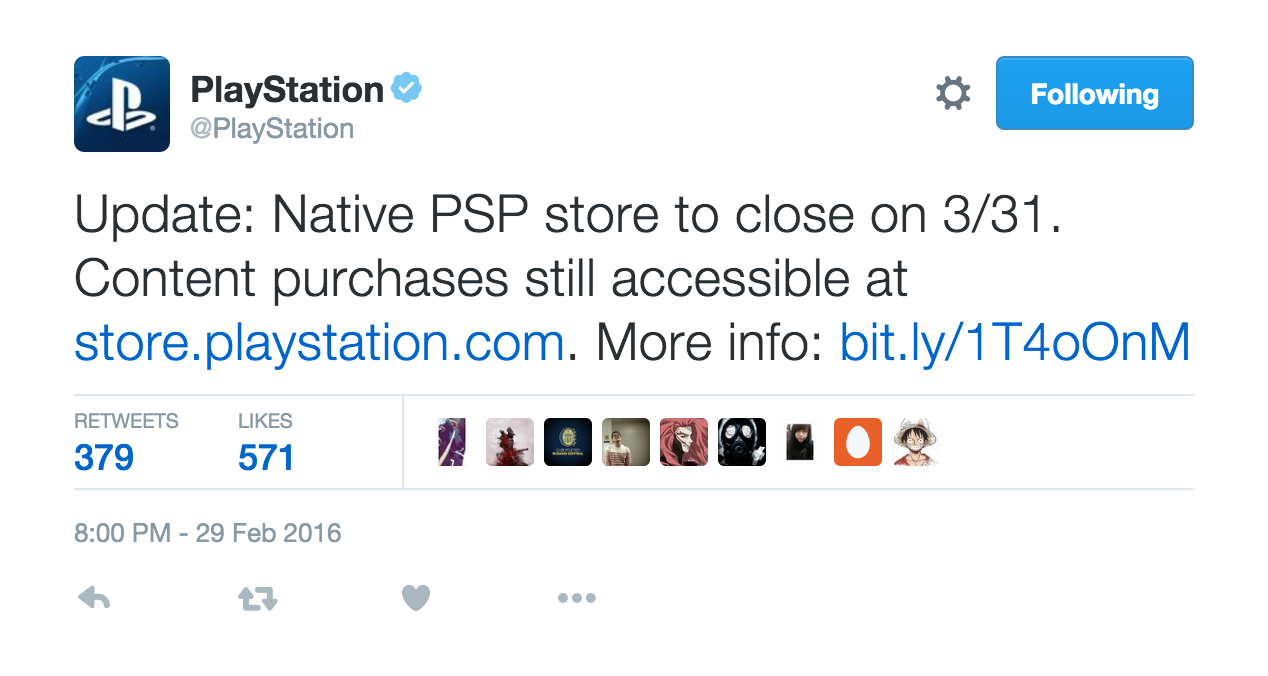