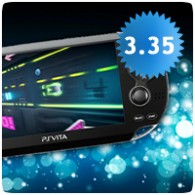 Sony hasn’t revealed if any other features will be added to either device as part of this firmware update. The PlayStation TV is already available in North America as of earlier this week, but won’t be available in Europe until mid-November.