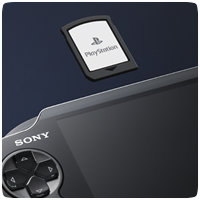 The original PlayStation benefited from a demo disc included with the console on initial purchase, so it’s good to see Sony following the same initiative with new PS Vita purchases, at least in Japan. Sony is including a PS Vita card containing various demos with new PS Vita’s, giving consumers a look into other games on the PS Vita, including upcoming action RPG Soul Sacrifice.

The PS Vita card also includes demos of Gravity Rush, Hot Shots Golf 6: World Invitational, and Uncharted: Golden Abyss. The demos are also available to download from the PlayStation Store, but having a selection of these pre-installed on the card will save gamers some time and effort.