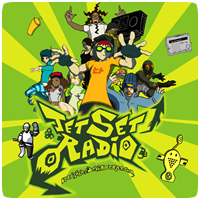 Scheduled to release in North America today, PS Vita title Jet Set Radio has been delayed. Sega has issues a press release stating that the game has been postponed until further notice. According to the press release, the delay has been caused by  ‘necessary development optimisations’.

Clearly, Sega has known about the issue for sometime, but didn’t announced the delay until the day of expected release. It could be that the game failed Sony’s QA – something which all games must go through before they are published to the PlayStation Store.