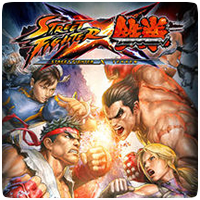 Announced at New Your Comic Con over the weekend, Capcom’s upcoming title Street Fighter X Tekken on the PS Vita will include cross-controller functionality. The game will let PS Vita owners controller the PS3 version of the game using the Vita as a controller, and making use of the front and rear touch panels to execute special moves.

Cross-controller was first revealed at E3 2012 back in June, and is just one of the many ways the PS Vita can interact with the PS3. It’s unclear how the PS Vita’s screen will be used to enhance the second-screen experience with the game.