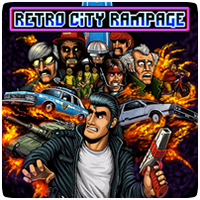 Retro City Rampage has received a day one patch to fix critical bugs in the game, after bring released on the PlayStation Store in North America yesterday. The patch updates the game to version v1.01 and is 18MB in size. The cross-buy compatible game is available for $14.99, giving you both the PS3 and PS Vita versions.

The patch is also available on the PS3 version, and you’ll be prompted to download and install the patch when booting up the game. The exact fixes weren’t detailed, but since the developers have noted that it’s a ‘required’ update, you are advised to install the update before playing.

One comment on “Retro City Rampage Gets Day One Critical Patch”