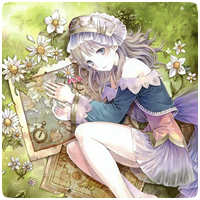 Japanese RPG Atelier Totori: The Adventurer of Arland will be heading to the PS Vita by the end of the year, according to the game’s developers Gust. The game, which was first released back in June 2010 in Japan on the PS3, will be called “Atelier Totori Plus” and will feature exclusive bonus content and DLC.

The bonus content will include new outfits and alchemy recipes, and all the DLC from the original PS3 version. For the moment, the game has been confirmed for Japan, with no details of a Western release. Seeing as the PS3 version eventually made it to North America and Europe in September 2011, we can expect the Vita version to released in the West sometime in 2013.