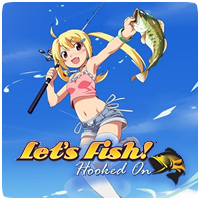 Wired Productions has announced that the PS Vita’s first full-scale fishing game will be coming to Europe and North America. Wired Productions will be bringing Let’s Fish! Hooked On to the West, exclusive to the PS Vita, after signing a deal with developer SIMS.

More information including a full features list and release date will be announced in the coming weeks. The game will deliver an an intuitive arcade gaming experience with gameplay features tailored for the Playstation Vita.

This agreement forms part of Wired’s expansion into console publishing, with further development plans and more titles to be announced soon. It’s fantastic to kick-start this by partnering with such a renowned developer as SIMS, on a really fun game.

One comment on ““Let’s Fish! Hooked On” Announced for PlayStation Vita”