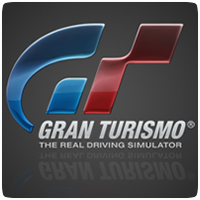 The survey was spotted by a reader of IGN who sent through some photos of the server (don’t exactly know why he didn’t just screenshot them and send better images across…). In this survey, the reader was asked how interested he was in the game now he knows that it would get him a discount on the PS3 version. It then followed on to ask “Imagine that as part of PlayStation Plus, every time you bought a game on either PS3 or PS Vita, you would be entitled to get the game on the other console absolutely free. So, if you bought Resistance on PS Vita, you could download Resistance on PS3 for free. Or if you got FIFA on PS3, you could download the PS Vita version for free.”

That last question is very interesting and is definitely sure to entice gamers who own both consoles to purchase more games. However, the survey did suggest that the offer could only apply to digital versions of the games.

Surveys like this are common to gage what the market wants, and usually helps plan what Sony will do next. The survey suggests that Sony is working on a GT game for the PS Vita, as it’s a popular title and one that will help sell more PS Vita units. It also suggests that more changes will be coming to the PlayStation Plus model, hopefully benefiting PS Vita owners.

One comment on “Gran Turismo for PS Vita Mentioned In Survey”