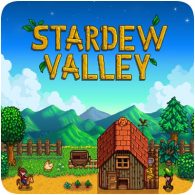 Stardew Valley is finally being released on the PS Vita, after a long time in development. The PS4 version of the game has been available since December 2016, and will soon be available on the PS Vita. The game will release on 22nd May 2018, and will be cross-buy, so if you have the PS4 version, you can download the Vita version for free.

If you’re not familiar with the game, Stardew Valley is essentially a farming simulation role-playing game. You take the role of a character who takes over  their grandfather’s farm, and have to manage your time, energy levels and money. Activities include clearing land, planting and tending to crops, raising livestock, crafting goods, mining, engaging in social activities (including romances leading towards marriage).

You can earn in-game money which can then be used to expand your farm. The game is open-ended, so you can essentially continue to play forever. A 4-player co-operative mode is currently being tested on the PC, and will eventually make it’s way to consoles. However, the PS Vita version of the game won’t be getting multiplayer mode.