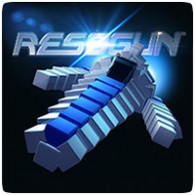 Portsmouth based developer Climax Studios has confirmed that it is bringing PS4 launch title Resogun to the PS Vita. The news was confirmed in a tweet by the developer, although Sony indirectly confirmed the same news on the PlayStation.Blog a week earlier.

There is no other information about the game yet, including a potential release date and features. Hopefully, we’ll know more about the game very soon.