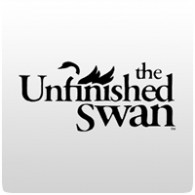 The Unfinished Swan is finally making its way to the PS4 and PS Vita next week, after being released on the PS3 two years earlier. The game will be available in North America on Tuesday, 28th October, priced at $14.99. Europe will get the game on the following day, priced at €12.99/£9.99.