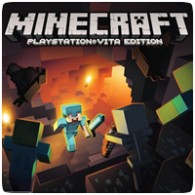 4JStudios has revealed that the PS Vita version of Minecraft has passed it’s final phase of testing at Sony and will be releasing in Europe next Wednesday, October 15th 2014. The US version of the game, however, is still undergoing checks and doesn’t have a release date yet.

#MinecraftPSVita passed final test and will be released on 15th October in Europe! http://t.co/4SCpbbZEGF