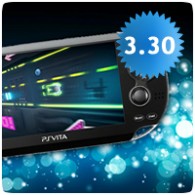 Sony has released Firmware v3.30 for the PS Vita, adding the ability for gamers to personalise the PS Vita’s Start and Home screens,  system application icons and the system’s background music through custom Themes. The update also brings improvements to the Trophies and Calendar apps. The full changelog can be found below.