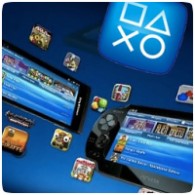 Sony have announced that support for PlayStation Mobile on Android devices has ended for PlayStation Certified devices. Devices running Android OS version 4.4.2 or earlier will be able to enjoy the entire library of games and apps, but those on Android OS 4.4.3 or later may run into compatibility issues. Sony say that their focus is on content for PS Vita TV and PS Vita from now on, and that PSM will continue.

“There is the possibility that content may not work correctly with devices that have been updated to Android ™ OS version 4.4.3 or later” says the translated post on Sony’s Japanese site. The FAQ also states that access to the PS Mobile store won’t be possible on certain devices going forward.