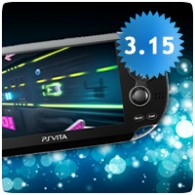 Linking your PS4 and PS Vita together will now be easier with the 3.15 update for PS Vita. It’ll enable Automatic Device Registration, which will automatically detect and pair both systems when they’re both online and the same user is signed in to both devices. This makes it even quicker for you to get started on Remote Play or access other second screen features.