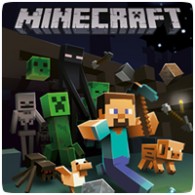 Minecraft is coming to PlayStation, with PS4 and PS Vita versions currently in development. New details about the PS Vita version have emerged, revealing that the Vita version is being developed by 4J and will be a port of the Xbox Edition instead of the Pocket Edition of the game.

Questions were posed to Jeb, one of main minds behind the game, on Reddit, who revealed:

The PS Vita version is being developed by 4J, and will be closer to the Xbox Edition than the Pocket Edition. If there will be any cross-platform compatibility, it would be with the PS4, but that’s just a speculation.

A release date for the game has not yet been revealed.