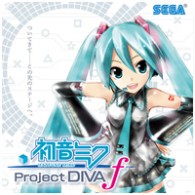 SEGA has announced that Hatsune Miku: Project DIVA f is coming to the PS Vita in Europe and North America in early 2014. Together with the announcement, a new trailer for the game has also been released, which you can watch below. More news on the title will be available in coming weeks.

A PS3 version of the game was also released in Japan, Europe and North America this year.