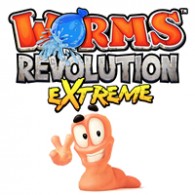 The game also features local and online multiplayer battles for up to four players, so you’ll still have something to do once you’ve completed the single-player mode. The multiplayer mode supports three different game modes: Deathmatch, Forts, or Classic, and either predefined or customised game settings.