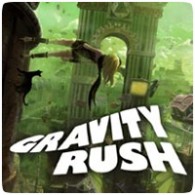 Sony has confirmed that a sequel to Gravity Rush (or Gravity Daze as it’s known in Japan) is coming to the PS Vita, but the teaser trailer doesn’t actually refer to the game as Gravity Rush 2. The teaser trailer doesn’t reveal much about the game, except that it’s being developed by Team Gravity, presumabely an internal devision at SCE Japan Studio.