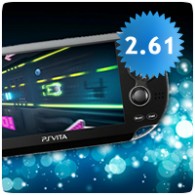 Sony has released a new compulsory firmware update for the PS Vita overnight, updating the system’s software to version v2.61. The minor update fixes security exploits within the ‘Arcade’ PSN titles to prevent hackers from running homebrew on the system and pirating games. As the firmware is mandatory, you’ll have to update your console if you want to access the PlayStation Network.

The exploit affects games including Arcade Darts, Arcade Bowling, Arcade Pool and World of Pool. The firmware update doesn’t appear to have any other changes, though Sony could have failed to mention it in the changelog.

The official changelog for firmware v2.61 reads as follows: