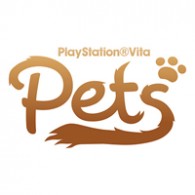 The PS Vita is getting it’s own Pet simulator called the original PlayStation Vita Pets, but will actually focus on dogs. The game is being developed by UK-based Spiral House, who’s assisted on many key PS3 titles, including MotorStorm and LittleBigPlanet, and developed EyePet and EyePet Adventures for PSP.

The team says that PlayStation Vita Pets is more than just a pet sim, and includes characters, fun and adventure. In the game you pick from four different puppies, each with their own personality, sense of humour and character traits. Together you and your new friend will be able to do all the things you would do with a real dog or in any other pet sim.

But PS Vita Pets go further than the standard pet sim. Once you’ve gotten to know each other and learned the skills needed to venture outside the safety of your home you’ll be able to embark (no pun intended) on the adventure of Castlewood Island.

Outside of the home where you dress, bath, play with and train your dog is a whole island of adventure to explore and puzzles to solve. Together you’ll be able to explore a massive forest, venture into multiple locations like spooky old mines and graveyards to ultimately make your way to the legendary castle in the centre of the island.

The game doesn’t have a release date, except that it’s coming to Europe next year. The game will also be appearing at Gamescom next week with a hands-on demo of the game.