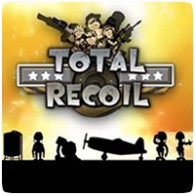 UK based indie developer Eiconic Games has announced Total Recoil for the PS Vita, which will be releasing in Europe and North America next month. Total Recoil is a top-down shooter with 3D environments, characters with big heads and a huge arsenal of weapons at your disposal.

There are only two rules in Total Recoil…..