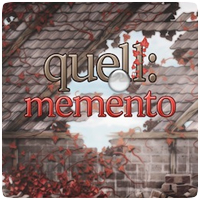 A new indie puzzle game, Quell Memento, is headed to the PS Vita, and will be available for download soon. The game prototype was originally created on an Amstrad CPC computer, way back in 1993, but back then it was called “Last of the Smileys” and was a lot more 8-bit in style. The game has over 150 puzzles to solve, as well as a backstory, that is revealed to the player at intervals throughout the game.

Quell Memento is a very unique game, but may be better suited to be a PlayStation Mobile game. However, it does mean that the game will have trophies to unlock, and controls suited to the PS Vita. For example, the rear touchpad on PS Vita is a great way to play Quell Memento, as it means the screen is completely unobscured as you try to figure out the best way to complete the puzzles.

An exact release date hasn’t been revealed, but you can hopefully expect the game within a few weeks.