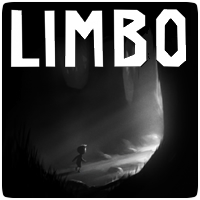 PSN title Limbo is heading to the PS Vita, developer PlayDead has revealed. The game was recently given away to PlayStation Plus subscribers on the PS3, and has a high score of 90 on Metacritic. Unfortunately, PlayDead didn’t mention a release window or any other details about the PS Vita version.

However, its safe to assume that the game won’t be a straight port of the PS3 or Xbox 360 version, and will have PS Vita specific features. Check out the trailer for the PS3 version of the game below: