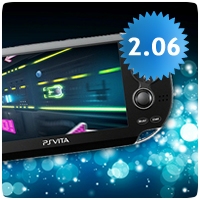 Sony has released new firmware update for the PS Vita, updating the console to version v2.06. The minor update is mandatory, and will need to be installed if you wish to access the PlayStation Store or play games online. The changelog for the update states that system stability has been improved during use of some features, though it’s not clear what features Sony is referring to.