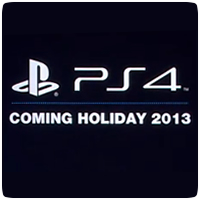 The PS4 was announced late last night at the PlayStation Meeting in New York. Though the console wasn’t actually revealed, the specs, features and line-up of games were all revealed. Sony will be doing things right with the PS4 this time, and it will be more integrated with the PS Vita than the PS3 has been. One of the key features is Remote Play of PS4 titles on the portable console.

Using Gaikai technology, Remote Play on the PS Vita will be better with “reduced transmission” times says Gaikai CEO David Perry. The long-term goal is for all PS4 games to support Remote Play on the PS Vita, so the technology will be baked into the PS4 at system level, but may still be controlled by the game somewhat. Gaikai technology will also be used to provide backwards compatibility of PS1, PS2 and PS3 games on the PS4.