A new patent filed by Sony and published by the US Patent and Trademark Office last week shows what could be a new model of the PlayStation Vita – or at least a hardware update. The new patent shows new port placement on the bottom of the Vita, and includes what looks like a HDMI port and separate AC adapter port.

Filed in the US under serial number 55977, Sony states that the patent is for mainly a port redesign for the “Next PlayStation Vita”. It’s rumoured that the new Vita could debut next week at the PlayStation Meeting, where Sony will be discussing the Future of PlayStation. 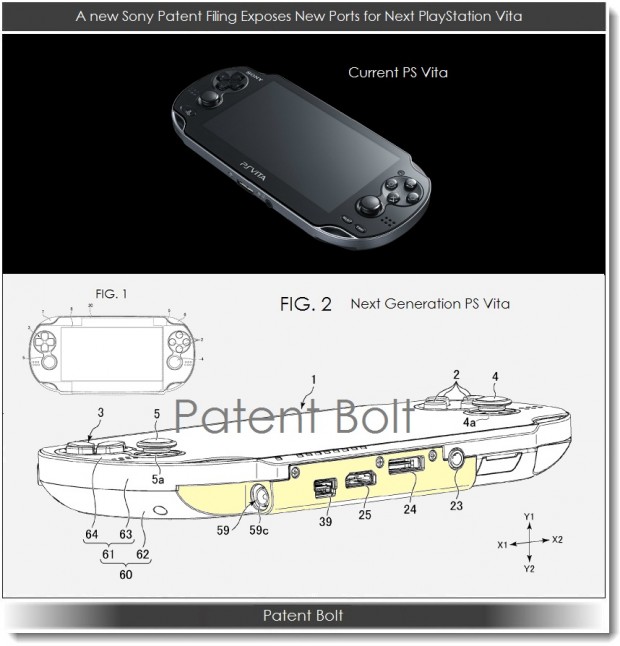 Rumours also suggest that a major firmware update is in development. Close sources to Gamerxchange are reporting that:

Other than new ports and 4G internet capabilities, no hardware changes are expected. Of course, this is all based on rumours and speculation by various outlets and journalists. In the past, Sony has made numerous hardware revisions to consoles, including the PSP, so a revision to the PS Vita isn’t out of the question.