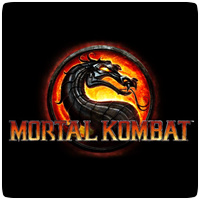 Sony has revealed that Mortal Kombat for the PS Vita will be coming to PlayStation Plus ast part of next week’s PlayStation Store update. The game will added to the Instant Game Collection on December 19th 2012, but gamers in Germany won’t have access to the game due to youth protection laws.

Instead, Warner Interactive and Sony will replace Mortal Kombat for PlayStation Vita with LEGO: Batman on PSP. A PS Vita game for a older PSP game. Not a fair deal, but what can you do about it?