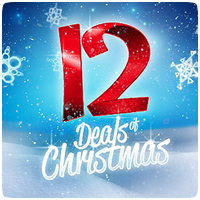 Gamers looking to get a deal on PS Vita content as part of SCEE’s 12 Deals of Christas will be disappointed to hear that only PS3 content will be part of the promotion. SCEE’s Chris Howe has confirmed that no PS Vita games will be included in the promotion “due to the lack of them”.

“It’s difficult to arrange discounts on Vita titles simply due to the lack of them as the range is still growing,” he says. However, there are plenty of games available on the PS Vita, and we disagree with this reason. Sony could have easily given discounts on first-party titles.

Three of the twelve deals have already been revealed, with the fourth scheduled to be revealed on December 7th.