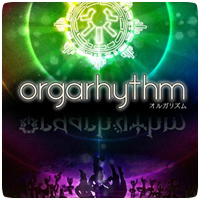 Publisher XSEED have announced that PSN exclusive Orgarhythm will be released in North America later this month, but a European release date has yet to be announced. The game combines elements of real-time strategy games with the speed and excitement of a rhythm game, allowing players to play as the God of Light.

Players will battle the forces of the God of Darkness by deploying elemental soldiers for rhythm-based attacks synced to a hypnotic mix of rock, club and tribal music.

The game will cost $29.99 on the PlayStation Store when it is released.