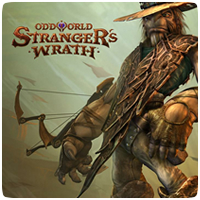 Just Add Water has confirmed that Stranger’s Wrath HD on PS Vita will launch early to mid-November at the latest. The release window was revealed to Eurogamer in an interview at the Eurogamer Expo over the weekend. The game is two weeks away from submission with Sony, so it is likely to be available in November providing it passes Sony’s QA tests.

In other news Abe’s Oddysee HD, now known as Oddworld Abe’s Oddysee New ‘n’ Tasty, has been scheduled for release on the PS3 and PS Vita in Autumn 2013. Pre-alpha footage of the game was shown off at the Eurogamer Expo.