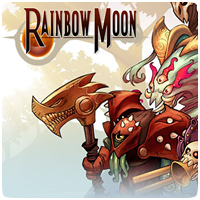 IGN has revealed the PSN exclusive title Rainbow Moon is being ported to the PS Vita. Publisher EastAsiaSoft has confirmed that the PS Vita version of the game has recently started development, and the current focus is porting the game over, then looking into adding new functionality.

“It will mostly be a direct port but we are keeping an eye on added functionality, including cross-saving support. Transferring your save between the PS3 and the PS Vita is an awesome feature and it’s a perfect fit for content heavy games like Rainbow Moon… Having said that we just recently started development and at the moment we are only focusing on the game’s port, which is actually a lot more work than most people might assume.”

Ngai confirms that the PS Vita version of Rainbow Moon will be released in 2013, and that while they “haven’t decided on the price yet… there will definitively be a charge for the game when it’s released.”