This PS Vita exclusive version of the game makes use of the Vita’s hardware features, from everything to the front and rear touch screens, to the accelerometer and camera. Compared to LittleBigPlanet 2, the PS Vita version is more than just a port. It includes the core create features that fans will know and love, but the mechanics are unique to the Vita – you can tilt, touch, pinch, push, pull, drag, and flick your way around LittleBigPlanet with the PS Vita.

Sackboy’s new journey starts in a new world called Carnivalia where a character known as The Puppeteer is stealing all of the joy from the world, in an attempt to create puppets that will entertain the world just as he once did before being booed by the audience.

The Puppeteer has been creating empty puppets know as Hollows that have been wrecking havoc across Carnivalia, and it’s Sackboy’s job to stop the Puppeteer, with the help of the Creators of course. The story isn’t the best, but it’s not what makes the game fun – it’s the level creation, online community and the endless possibilities that make LBP a successful franchise. 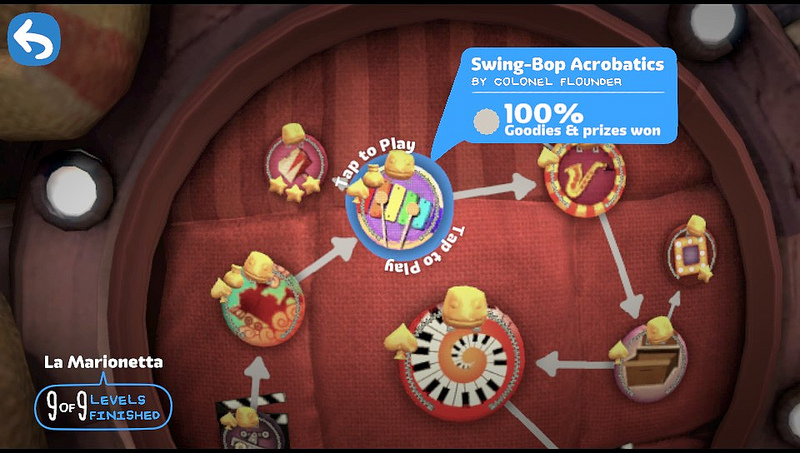 LBP on the PS Vita looks visually impressive on the 5″ OLED screen, on par with LBP2 on the PS3, even though the game isn’t running at the PS Vita’s native resolution. The story levels look amazing and highly detailed, and everything is crisp. However, you may see a slowdown in the frame-rate at places, especially when there is a lot of content in a level.

More than likely, the game will run smooth for you and any framerate issues are brief and often unnoticeable. Great care has been taken to make the Vita version as good looking as the console versions of the game, in some cases even surpassing the quality and detail of LBP2.

Fans of the series will know what to expect from the PS Vita version. The world is populated with objects that seem out of place to begin with, but neatly come together to create some awe-inspiring levels.

British icon Stephen Fry returns as the voice of the narrator in the game, adding often humorous dialogue to the game. There are other voices you’ll encounter through the game, all of which are presented well.

The soundtrack is also typical for a LBP title, which fans will surely enjoy. Be sure to use headphone when playing the game out and about to enjoy the game as it was intended. Pretty soon you’ll end up humming some of the tunes in your everyday life.

The game starts off with a single-player tutorial of how to play the game and control Sackboy. Once the initial levels are completed, the multiplayer option and create mode is unlocked. There is no fixed differentiation between single-player and multiplayer in the game, as most of the story levels can be played with a friends or by yourself. Some of the mini-games are single-player only, however. 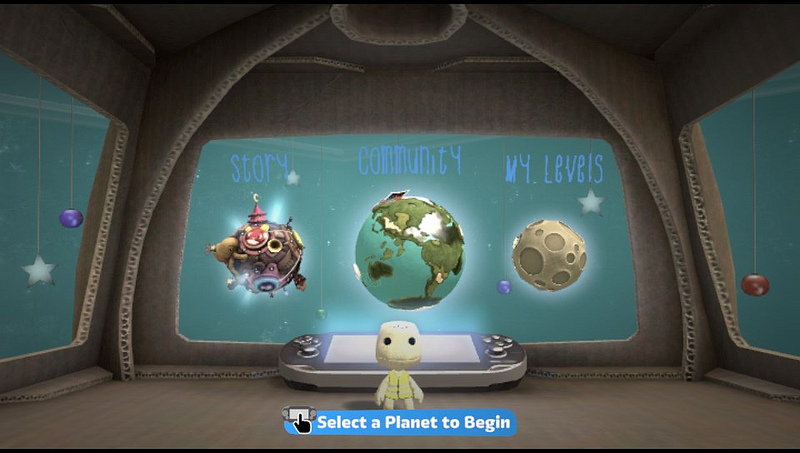 As with the past games, your Pod is your gateway to the world – a lobby of sorts – where you can choose one of the game modes to play. If you are playing with a friend, they can pop over to your Pod at the end of a level and help you decorate. There are three main modes (or Planets) you can choose from: Story, Community and My Levels; all are self-explanatory.

If you are not the social type, you can play all the levels in single-player mode, but if you want to collect every collectible in the game, some levels will require co-op help from a friend. You’ll need 3 friends helping you out on certain levels.

Once you are finished with the main story levels, the game doesn’t end there. There is still plenty of fun to be had in the game. The “Arcade” section is full of weird and wonderful mini-games you can enjoy. The create mode lets you create your own levels, which you can publish online and let the community play.

If you get bored of creating your own levels, you can always join the community and play other people’s creations. There possibilities here are endless, and there are already a number of great community created games. You’ll never be short of something to play with the community around. The new “download” feature will even lets you download community levels to enjoy offline.

Playing the game itself is a different experience from LBP2 altogether. You can use the analogue stick and face buttons as usual, moving Sackboy around, with

to open the poppit menu (use to change costumes, add decorations etc). The touch screen is used on certain levels to move objects around, for example, creating a bridge or moving something Sackboy can jump on. 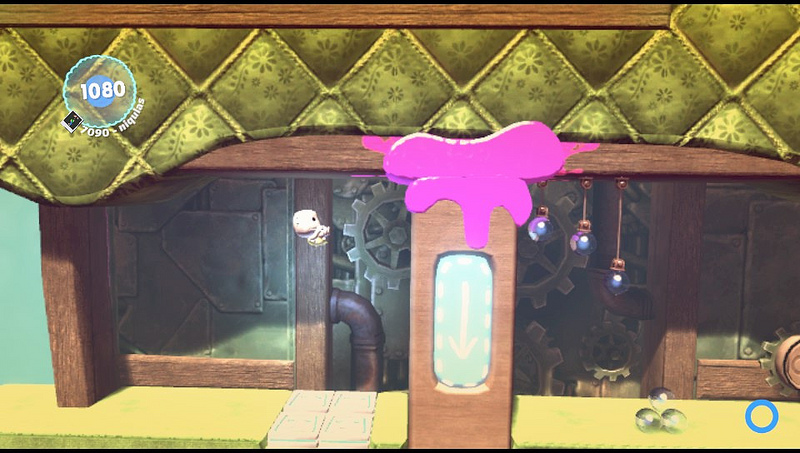 Sackboy can grab object using the R button, and move his hands by holding down the L button and moving the right or left analogue sticks. The direction pad can be used to change Sackboy’s expressions, which include happy, sad, angry and scary faces.

You can use the Vita’s camera to take a photo of something in the real world and add it to your level or Pod, giving you more possibilities to create something unique.

LBP on the Vita is one of those rare games that have no end or limit. While the story mode is limited in scope, the online community will continue to publish creative levels for you to enjoy. This together with the Create mode will provide you with hours (even days or months) of additional gameplay to enjoy. 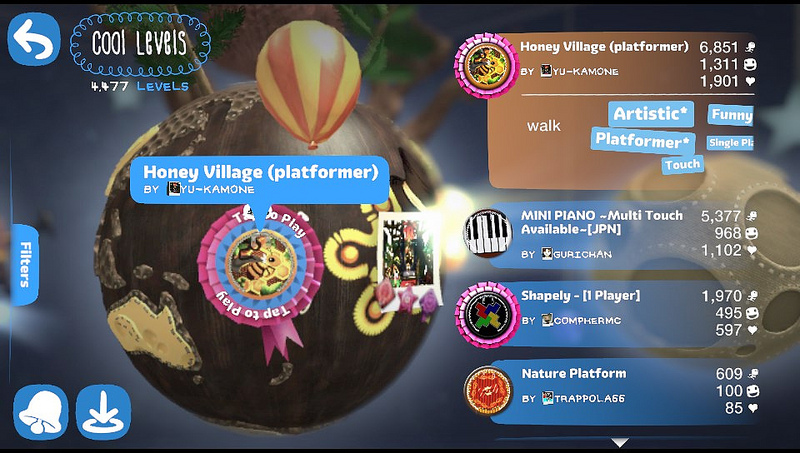 LittleBigPlanet PS Vita is a perfect title for the PS Vita, making good use of the console’s hardware features and using them in interesting ways within the game. If you are still holding out on purchasing a Vita, this game is your reason to splash out on the console. If you are a Platinum trophy hoarder, this game will certainly test your gaming skills and keep you playing for hours.

There is plenty of replay value in the game, and the create mode is powerful enough to create a whole variety of games, from platformers to shooters and more. This game has something for everyone, single-player and multiplayer gameplay for gamers, and create mode for you creatives.

If you have a PS Vita, this is one title you have to pick up. The game is available across North America and Europe, or you can download the full game from the PlayStation Store (2GB space required).