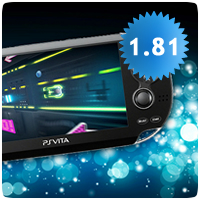 Recently release firmware v1.81 for the PS Vita has been confirmed to block PSP exploits on the system, namely, Nuer0n’s homebrew loader known as VHBL. Sony has patched the PS Vita system software to crash the console if attempting to use the PSP exploit found in games like Monster Hunter.

The official changelog for the firmware update simply states that “system software stability during use of some features has been improved.” The firmware update could also fix the new exploit discovered on the system that allows homebrewers to run code without using the PSP exploit method.