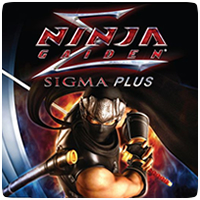 Tecmo have announced Ninja Gaiden Sigma Plus 2 for PlayStation Vita at the Tokyo Game Show 2012. Ninja Gaiden Sigma Plus was one of the Vita’s launch titles, so fans will be happy to see the sequel making an appearance on the portable console too. Not a lot of details about the game have been revealed, but it’s expected that the game will be an enhanced version of the console version released in 2009.

The game is expected to release in early 2013.