Treasure Park on the PS Vita is a free game that rewards users for finding treasure on a 5×5 grid of squares, while avoiding bombs. It’s a modern twist on minesweeper with a focus on social gaming, allowing users to create their own layouts and sending them to friends to play.

The game is, however, difficult to master. The more treasures you find in a row, the better your score and ranking on the leaderboard. As soon as you hit a bomb, your “in a row” stat is reset dropping you down the leaderboard. Here are a few tips to playing the game:

When you first start playing the game, analyse the clues to get the best start. For example, Image 001 below shows that orange, blue and green squares have bombs, so you should start with one of the unused colours (red or yellow). In Image 002, blue and and orange are considered safe. 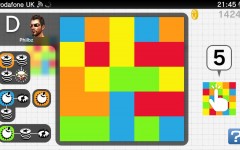 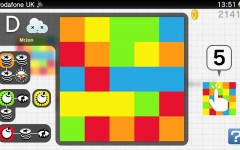 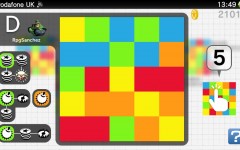 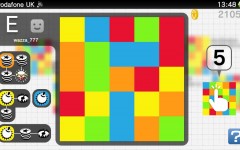 The hints on the bottom-left of the screen play a big role in your chance of completing the game successfully. The arrangement of the clues can vary from game to game, but those four pieces will always be hidden somewhere on the board. For example, the treasure (indicated as a diamond on the first clue) can occupy any of the four spaces in that piece, but it will always be located opposite the square with the colour.

In Image 001 above, the treasure will be opposite an orange square. since there are five orange squares on the board, you will have to use your five changes in finding the treasure effectively – i.e. you must find it on your fifth go. But since orange is also associated with a bomb, you shouldn’t start with orange (see the Starting Out section above).

Image 002 above is a good board to start with, since orange is a safe colour and associated with the piece that contains the treasure. Start by picking a orange square from the grid. 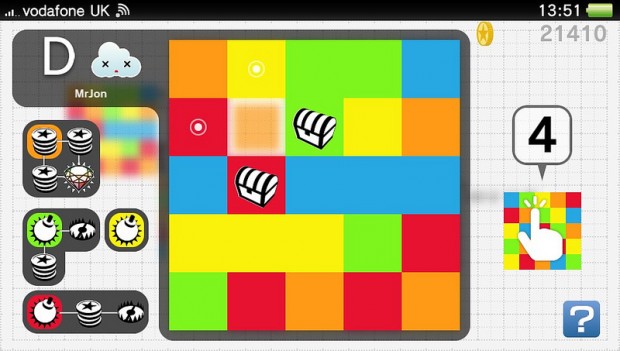 Do you feeling lucky, punk?

The game is also about luck – though very little of it. Sometimes you may find the treasure first time around, and other times you end up using all five of your goes without uncovering the treasure (hopefully it doesn’t come to that using these tips). In the image above, we don’t have enough information about where the treasure lies so we can continue selecting another square. Again, go for the safe orange square or you can select a blue square.

Sometimes, you may just have to take a risk and hope for the best, but don’t select a bomb colour unless you are certain that the treasure lies underneath.

Continuing the game, I select another orange square, but it’s a waste. The square hides nothing beneath it, and all the adjacent squares also reveal nothing. It’s a wasted chance, but at least we are still in the game. 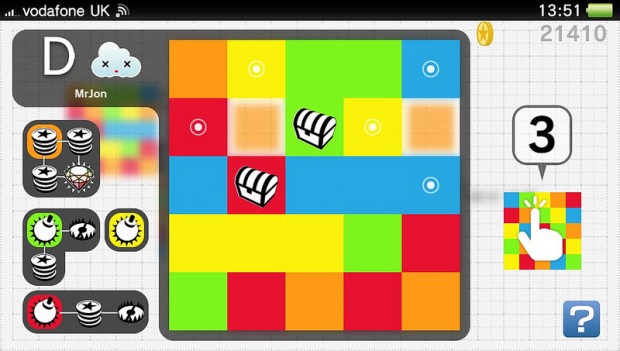 Lets try a blue this time. We get a bit more luck this time as reveal some coins (which adds to your score), and we also reveal two squares with something hidden adjacent to the blue. From here, we know that none of the squares on the top line contain the treasure, so we don’t need to waste our time looking there. 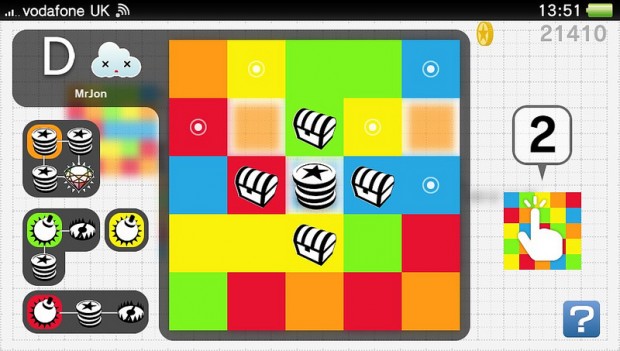 We know that there are two orange squares left on the bottom row, so the treasure could be hidden in either the opposite yellow or green squares, but both those colours may also contain bombs so lets play it safe. We still have two more chances to find the treasure so lets try and eliminate one of the two squares by selecting the middle orange square on the bottom row. 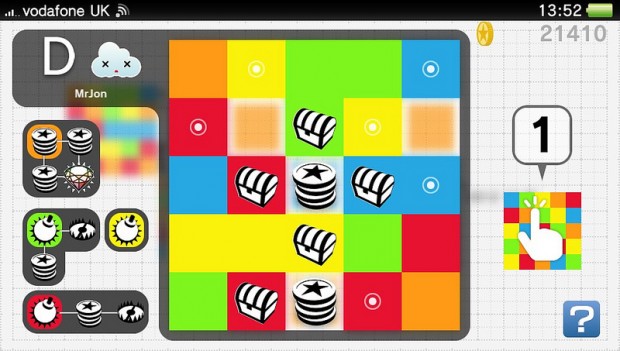 We find some coins, which is good news, and eliminate one of the squares. Do you know where the treasure is yet? We only have one chance left to find it.

Hint:   We know that the piece with the treasure is a square, so we can eliminate the green square. Why? We know from the red square below that nothing lies there, which means the squares on the other side of the orange must make up the clue. So, ware 100% confident that the treasure lies under the yellow square.   (highlight to reveal) 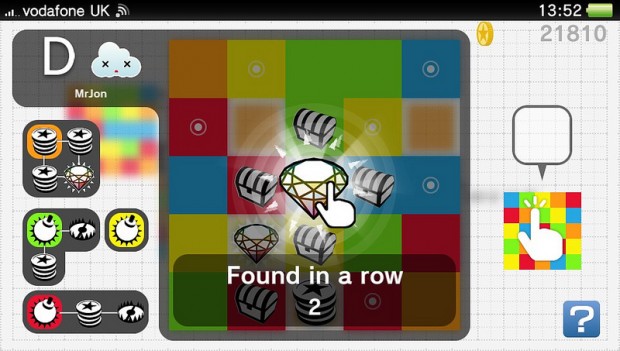 Success! It was close, but we managed to find the treasure in the end. That makes 2 in a row for me. Follow the clues and the tips above to make sure your score tally continues to go up.

Win or lose, once the game is over, all will be revealed. You’ll be able to see how close you were to dying or winning, and hopefully learn from your mistake if you were unlucky enough to encounter a bomb. Finding the treasure earned me 400 “medals” (or points as I like to call them). 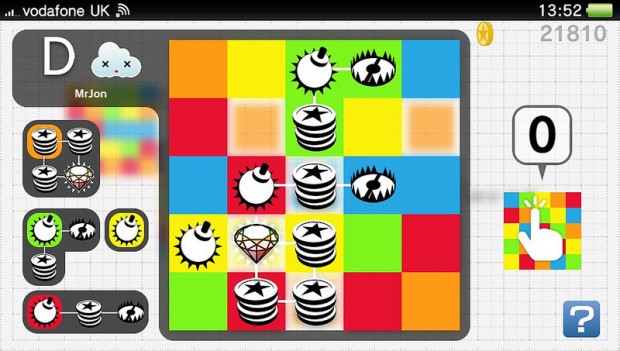 This article has been quite popular over the last few days. Even President of Sony Worldwide Studios, Shuhei Yoshida (@yosp) has share it on Twitter…