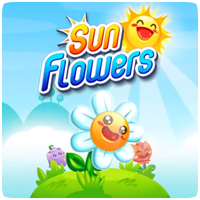 The Game Atelier has revealed that Sunflowers will be releasing this week on the PS Vita and iOS. The promotional banner on the website and a Facebook update reveal that the game will be available on the PlayStation Store this Wednesday in Europe, though pricing details have not been revealed yet.

It’s perfect timing since Summer is coming to a close. A North American release date has yet to be announced, but may even end up on the PlayStation Store in tonight’s publish.