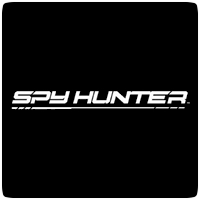 Warner Bros. interactive have released a new trailer for their reboot of the 80′s classic Spy Hunter. The game is due out in October for the PS Vita and sees players take the role of “The Agent”  as they aim to take down a global terrorist organisation bent on world domination.

In Spy Hunter, you’ll get behind the wheel of ‘The Interceptor’, a car that resembles something out of a Transformer movie. The game is being developed by TT Fusion. Check out the trailer below: