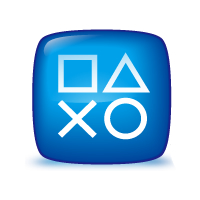 Formerly known as PlayStation Suite, Sony revealed more details about PlayStation Mobile at their Gamescom press conference last night. Sony revealed that the service will be getting support from major developers and “bedroom” developers to create “snacked sized games”.

The company also revealed that the service will be launching on the PS Vita and PlayStation certified devices this Autumn. Users can use their SEN account to download content from the PlayStation Store and share it across all their compatible devices. Users only need to buy a game once to use it on all their devices.