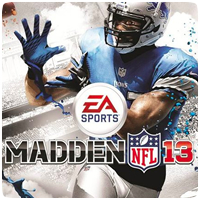 Madden NFL 13 has been given a release date for the end of August, but players will be able to get their hands on a playable demo of the game today in North America. The game is the most complete Madden handheld experience to date, and was built from the Gen 3 engine so PS3 gamers will feel right at home.

The game makes use of the PS Vita’s hardware features including the front and rear touch pads. For example, the “Call Your Shots” feature lets you use the front touch screen to assign individual players routes, or to drop your Safeties back off into a deep zone.

The rear touch pad lets you modify each defensive group and offensive line pre-play. You can also double-tap it to do jukes with the ballcarrier or spins with a quick drag of the finger. The Vita’s motion sensors are also used for kicking, and the camera for snapping your photo for inclusion in Superstar mode.

Be sure to check out the demo when it becomes available in North America later today.