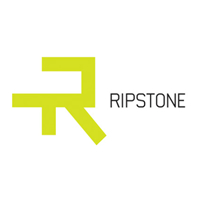 Sony Computer Entertainment has announced a new three-game deal with publisher Ripstone and a new feature for the PSN store called ‘Playstation Plus Presents’. The publisher has already announced Knytt Underground and Big Sky Infinity, while a third title is yet to be announced.

The three-game deal is nothing new to Sony however. thatgamecompany, who developed Flower, FlOw and Journey, were the last company to come out of the deal with extremely popular titles. The games will all be exclusives to PlayStation, and for the moment, the PlayStation Plus Presents programme is available in Europe only.

Knytt Underground is a game developed by Nifflas and Green Hill and is due for release on the PS3 and PS Vita. Knytt Underground, the sequel to the hugely popular Knytt Series games, will offer players an exciting new platforming experience whilst keeping true to the original game that players worldwide have grown to adore.

Big Sky Infinity is being developed by Boss Baddie and VooFoo Studios and is due to be released on the PS3 and PS Vita platforms. The game is the much anticipated sequel to Really Big Sky. Big Sky Infinity iterates upon its predecessor with similar controls and procedurally generated content to provide another exciting experience for gamers.