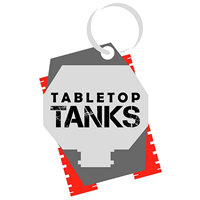 On May 22nd 2012, the PlayStation Vita will get a new Augmented Reality game developed by Devil’s Details in Sheffield, UK. Table Top Tanks lets players create a virtual battle field using real world objects. Table Top Tanks allows you to play with and against AI tanks or you can play against up to three friends over Ad Hoc.

The game features 10 different coloured tanks to choose from, and the map editor lets you create small, medium or large battlefields and then place virtual shapes around real world objects, so the Vita can “see” the objects. You can also fill the shapes with water, smoke or fire and so that when they’re shot by a missile they’ll leak water, spill smoke or be set on fire.

With a little effort you can also move Table Top Tanks from the table top. If you print some new markers out (the original pdf is here) but scale them up (we printed them so they filled A4 sheets, just make sure you keep the aspect ratio the same), you can upscale the battlefield by playing the game on the floor rather than on a desktop. The Tanks become model car size and you can set up obstacles using the editor and get the whole house involved, blasting the dog or setting fire to the coffee table.