Despite the game’s official release date being May 29th 2012 in North America and May 30th 2012 in Europe, we’ve spotted a PS Vita owner playing Resistance: Burning Skies, using the Near application. The user, roughly half a mile away from where I work in Camden Town, was spotted playing the game on May 4th 2012 – almost a whole month before the game’s official release date. 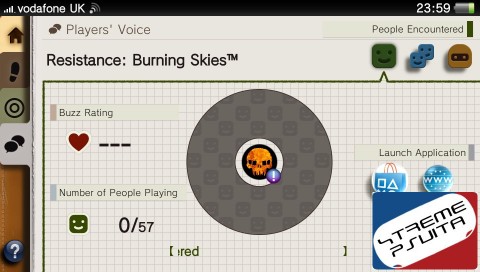 We have to admit – the Near App is a pretty good way of discovering new (and sometimes popular) games in the area. We tried to launch the PlayStation Store from the above screen but no Resistance: Burning Skies related content was found.

One comment on “Resistance: Burning Skies Spotted In the Wild”